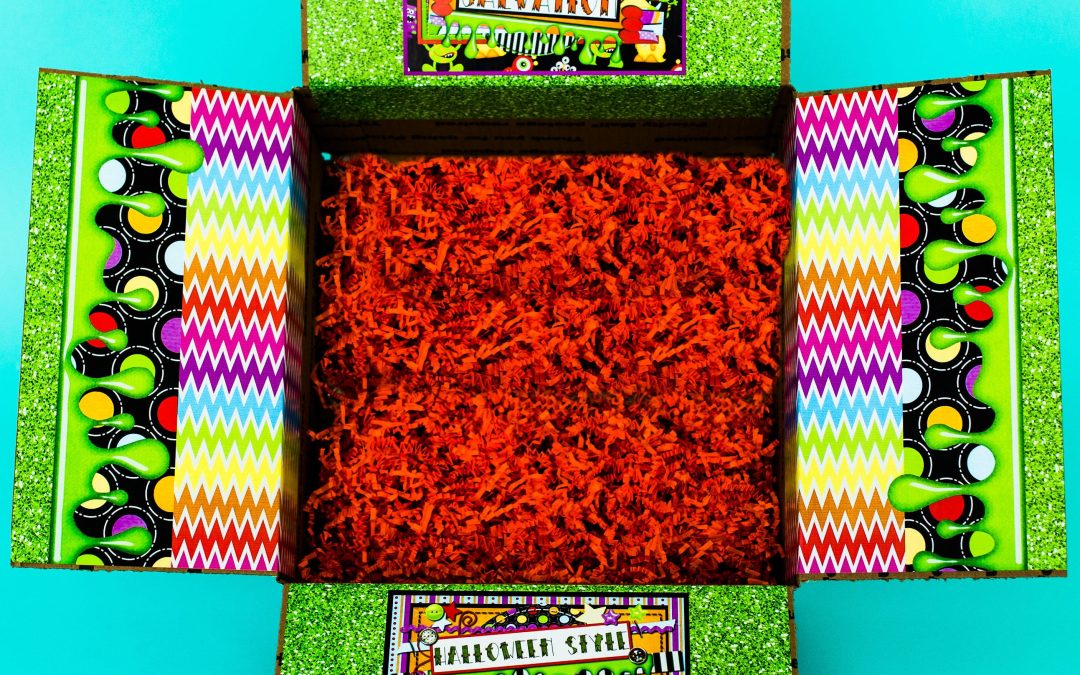 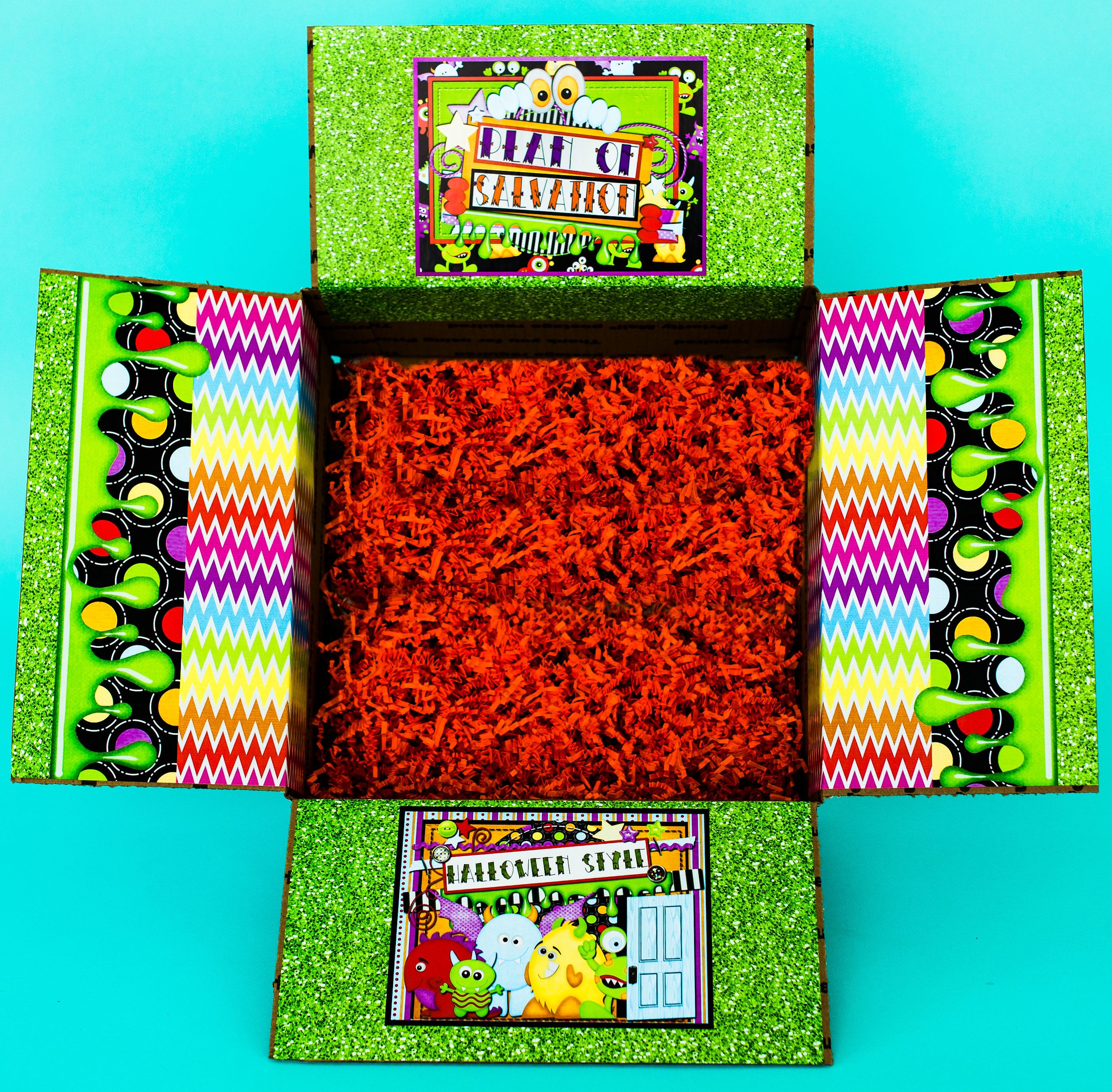 Halloween is such a FUN HOLIDAY to send Missionaries a care package because you can find lots of Spooky items – but trying to make it ‘Spiritual’ can be a little bit tricky.

So, with this box we decided to make it Spirit-ual by creating a Missionary ‘Plan of Salvation’ Halloween Style.

If you would like to send your own Halloween ‘Plan of Salvation’ care package to your Missionary – check out this kit we put together to help you do just that!

Your 14-Page Kit will include the following:

✔ 1-Introduction Letter with easy to follow instructions to help you put together the Perfect Care Package.
✔ 4- Large (11.5X8.5″) Adjustable Stickers to decorate your 4 box flaps of your shipping package. Just peel and stick! (These stickers are designed to fit a USPS Priority Mail Large Flat Rate Box and large UPS boxes. The stickers can also be easily trimmed to fit a USPS Priority Mail Medium Flat Rate Box as well as some Medium and Small UPS boxes or use your own box.) * Please note the kit does not include the actual box,
✔ 1-Box Introduction Letter to be placed in your Box right before you tape it up. This unique design lets your Missionary know the theme of your care package and that something special has been created just for them!
✔ 1-Page of Unique Envelope Designs that you can adhere to the front of your Letter to your Missionary and their Companion! This page is also printed on sticker paper – so you just need to cut them out and adhere to any envelope of your choice. It’s that easy!
✔ 1-Custom Missionary Letter for you to include with your personal Letter to your Missionary.
✔ 2-Pages with 12 Custom Tags that Can Be Used to put together your Missionary Halloween Plan of Salvation Kit including a shopping and gift idea list for each tag.
✔ 4-Pages of Halloween Gift Tags and Quotes to continue with the theme of the box.

You’ve Got Mail! One thing we always included in all of our Missionary Box Mom Boxes was a personalized letter o each Missionary from each mother. Inside our letters we included our testimonies, the reason we chose that particular item to include in the box, along with uplifting messages filled with love. A lot of the items won’t make much sense as to why you are including them in the box unless you explain how it specifically applies to your Missionary and to Missionary Work. Many times over I have received thank you letters from our Missionaries – but the things they thanked us all for the most was the letters we included. It’s just a little piece of ‘Home’ in a box! So don’t forget to write!

Boo to You! As we decided on each ‘Missionary Box Theme’, which we based around a scripture or missionary teaching idea, we would then brainstorm fun ideas that could be included in our box. I often wondered if our Missionaries realized how comprehensive we were in our themes! It honestly might have been just as much fun for us to build these boxes as it was for them to receive them! Depending on the size of the box you are sending – you could include or delete any of the following items – or come up with a few of your own. We tried to make sure that most of our items could be used to enhance Missionary discussions, to be given away, to decorate their missionary apartments and left for future missionaries when they moved on, or simply eaten and enjoyed. But of course there were always a few that were just for fun! 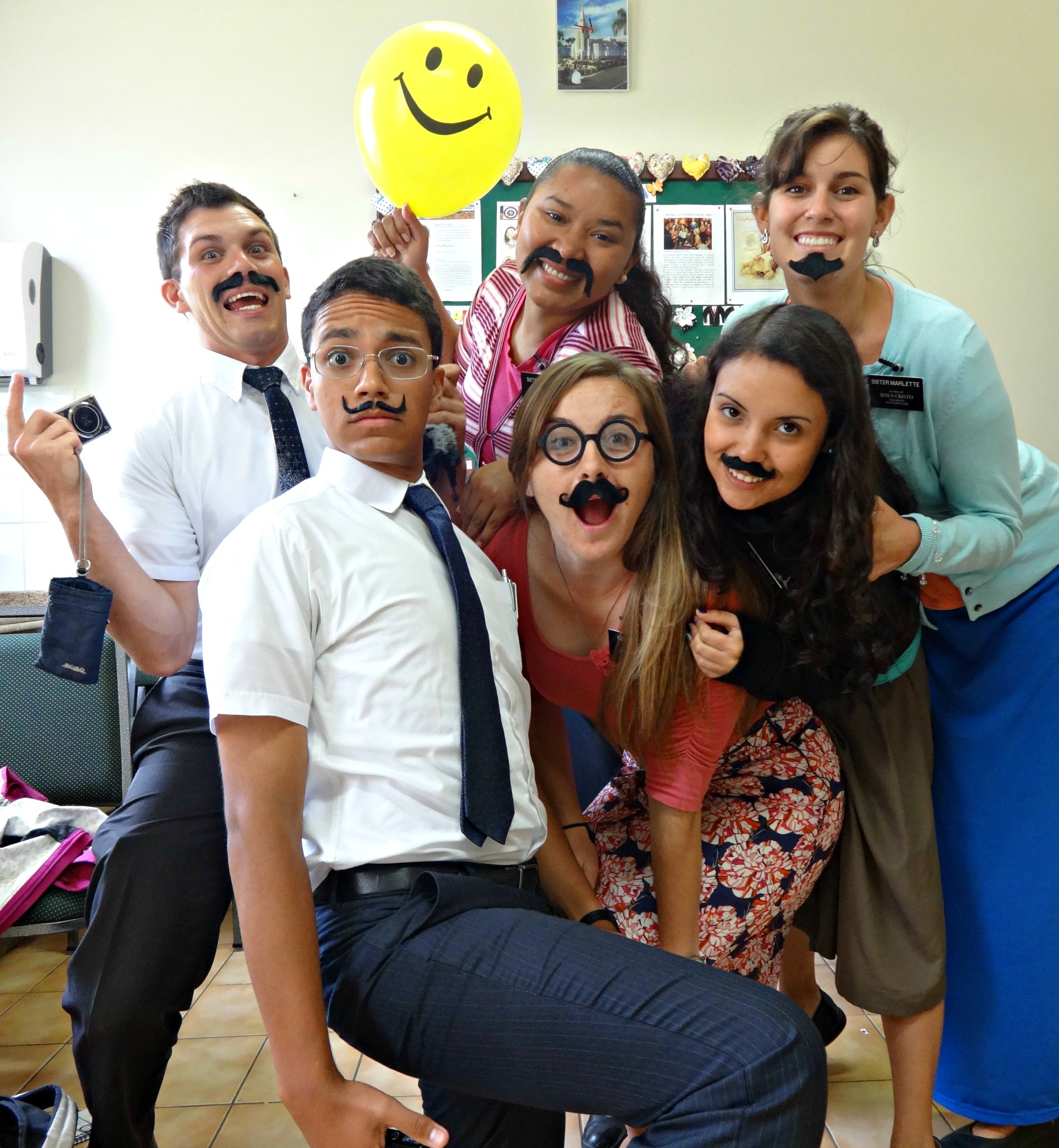 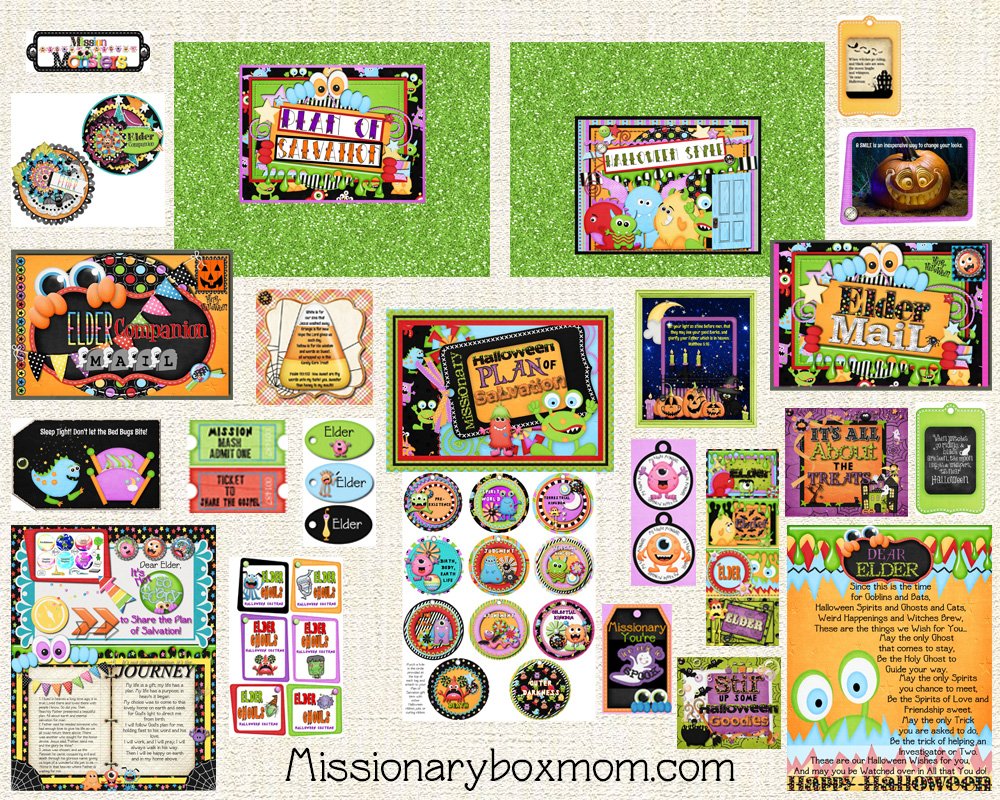 Obviously we took a huge creative license with the items we chose – and you could swap up any that you felt you wanted to change. Some of the items were chosen based on size since we had to fit it all in one box, and others were chosen because they just fit our Halloween theme. We also included ‘extra’ Halloween items that they could give to children they were teaching.  First we opened the Deseret Book Plan of Salvation Felt Pack and separated the pieces.  We grouped the felt pieces with the MBM printables and put it with the coordinating gift item – shown below.

Print off the following Conference Talks and Stories:

Liahona October 2015: The Plan of Salvation: A Sacred Treasure of Knowledge to Us by Robert D. Hales Of the Quorum of the Twelve Apostles

General Conference Talk October 2006: The Plan of Salvation by L. Tom Perry of the Quorum Of the Twelve Apostles

General Conference Talk October 1983: Our Responsibility to take the Gospel to the Ends of the Earth by Jack H. Goaslind

General Conference Talk April 2013: It’s a Miracle by Neil L. Andersen Of the Quorum of the Twelve Apostles
Friend April 1986: Share the Gospel by Pat Graham

Ensign October 1974: When the World Will be Converted by Spencer W. Kimball President of the Church 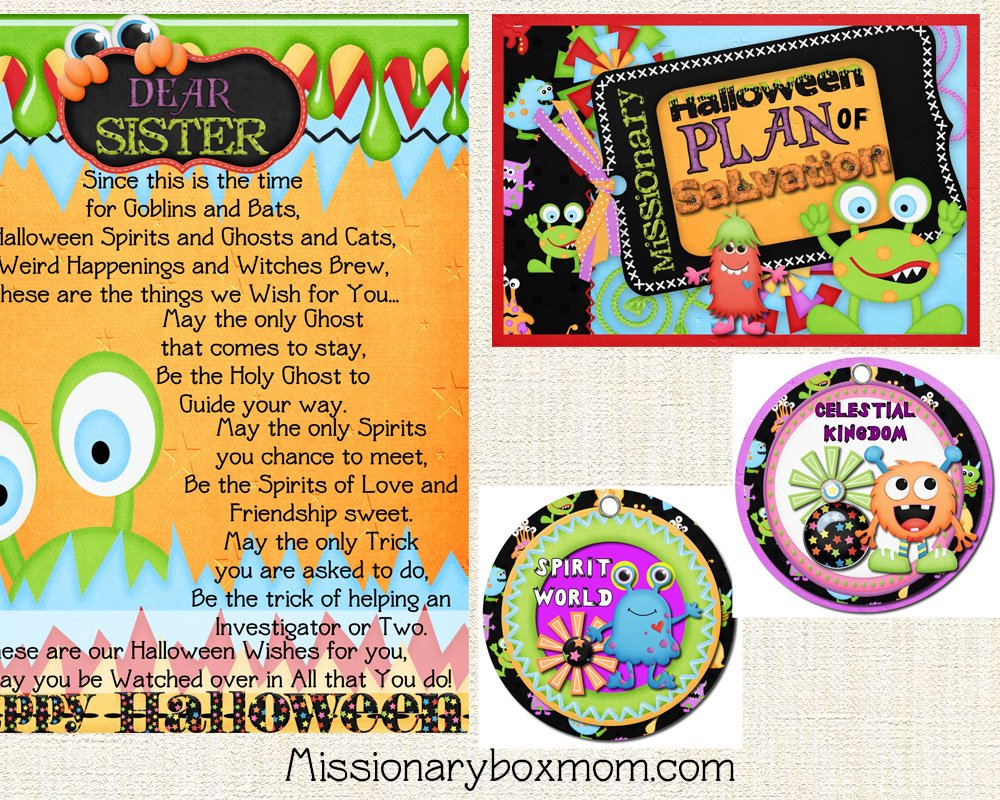 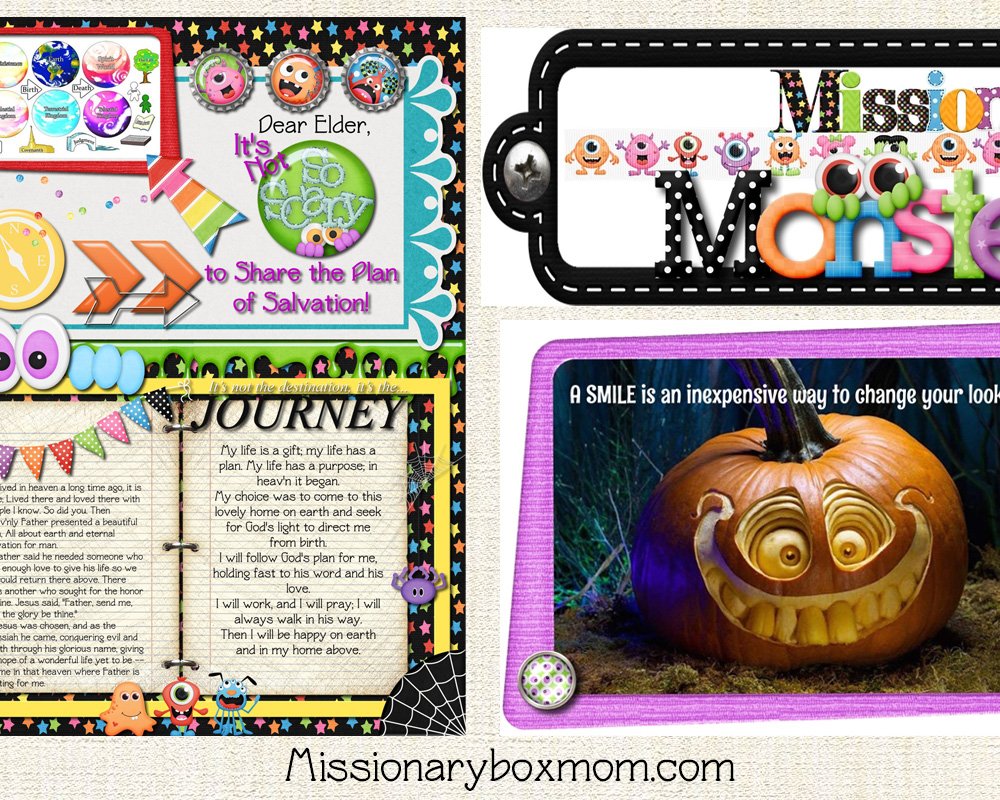 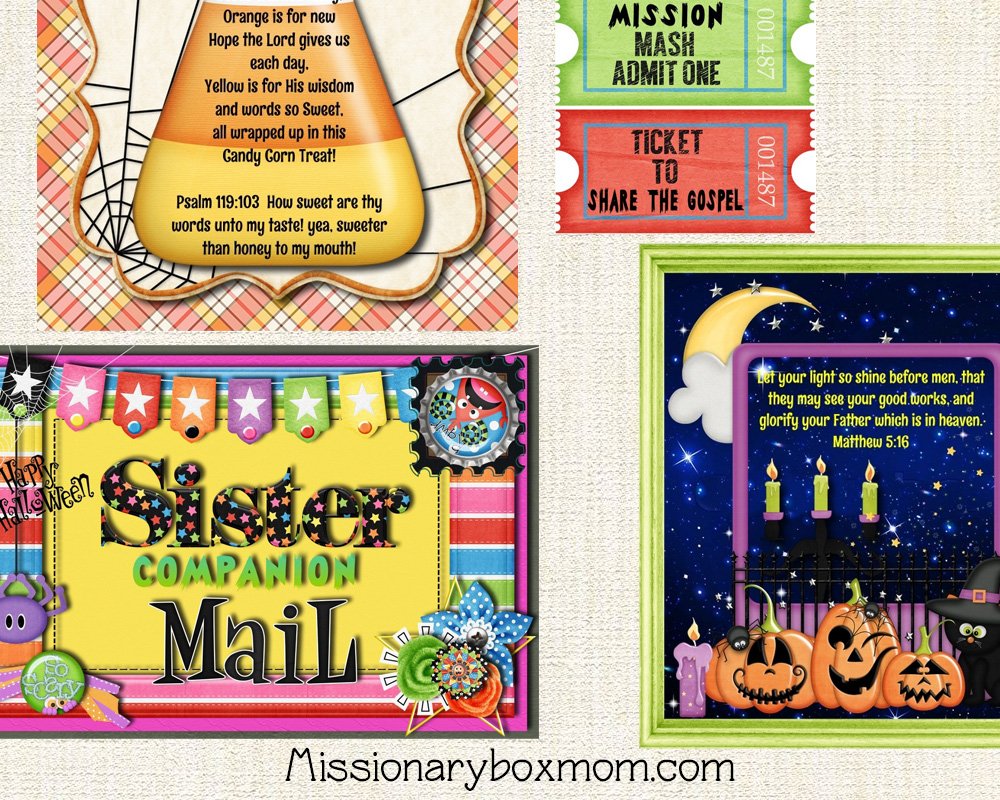 It’s Always Fun To Include Some Photo Op Props for our Missionaries to have fun with on their P-days inside their apartments – and the pictures we receive have never disappointed!!! So just for fun – throw in some Missionary Halloween Costume Props and see what your Missionary comes up with!

We always include a costume for both our missionary and their companion – so with these costumes items we had a Purple Sister set and an Orange Sister set. (Halloween Spider Web Masks, Halloween Soft Socks, Wack-O Wax Lips, and Halloween Witches Hats with 2 hair clips.) Sometimes though there might be 4 missionaries living together – so you will have to adjust your number of costumes appropriately.

In past years we have included Foil Hair Wigs, Colored Mustaches, Hats, Funny False Teeth, etc. all from the Dollar Tree Store. Really anything goofy that catches your eye would probably be put to good use! 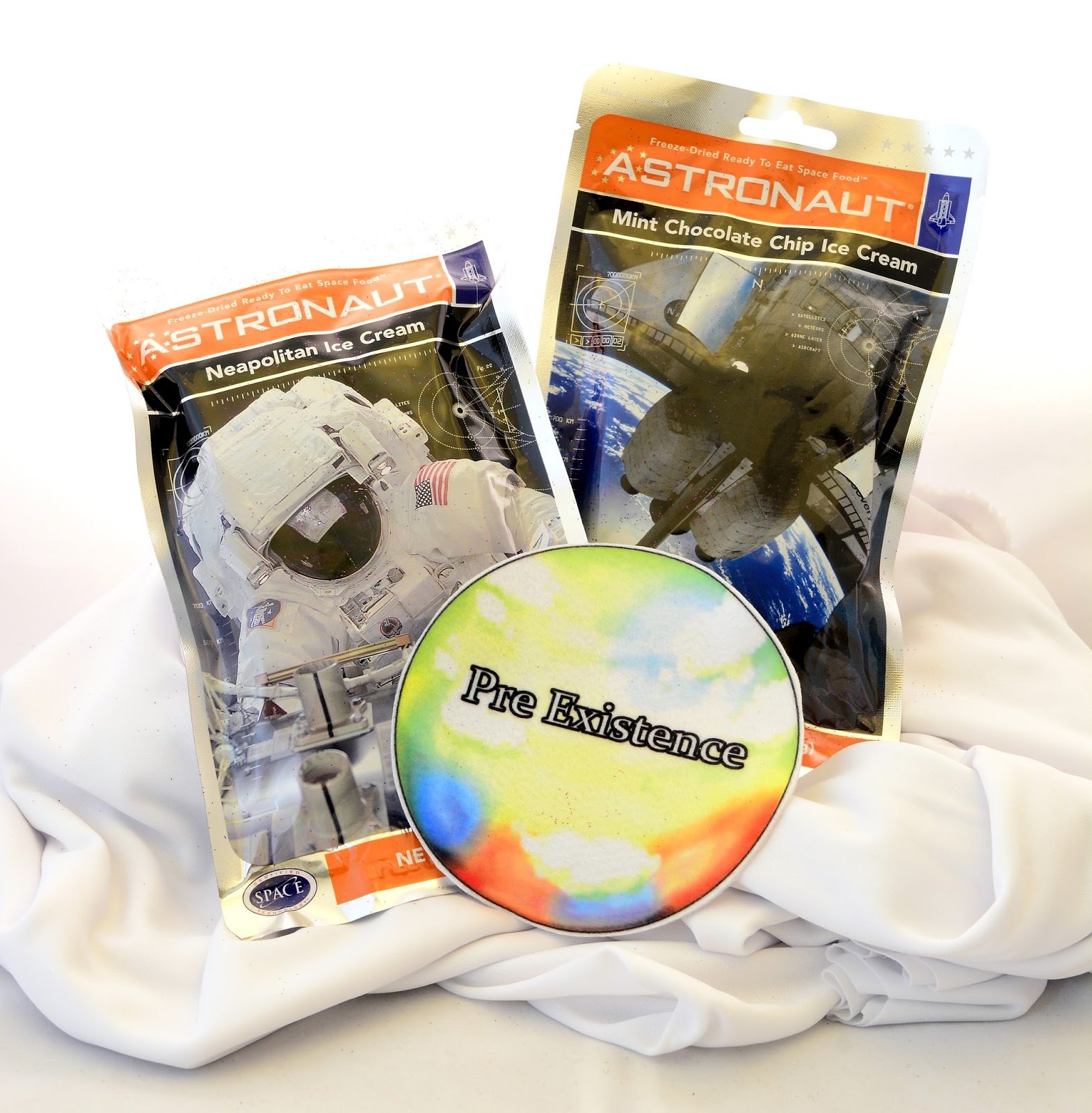 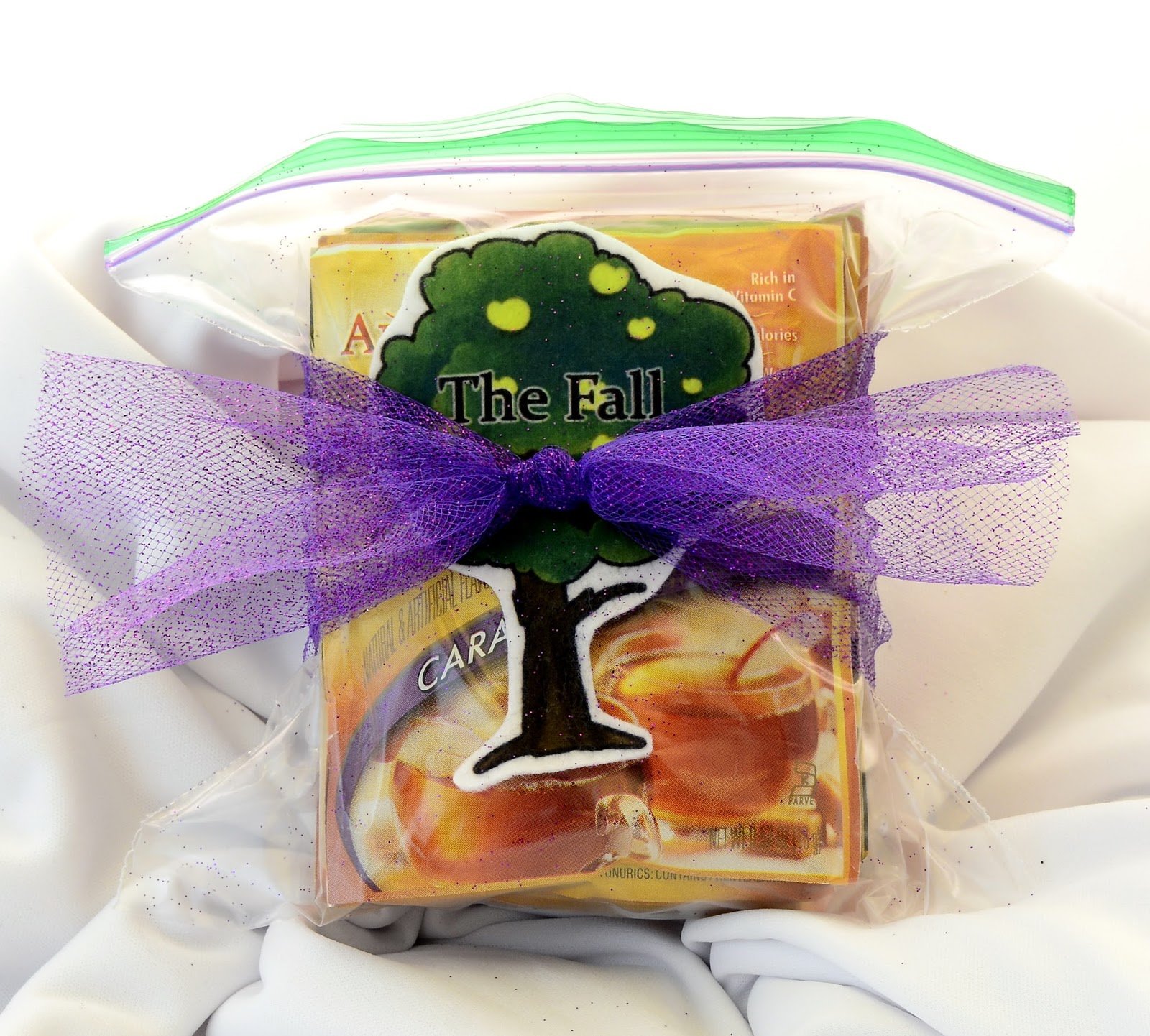 I added Halloween Bottle Stickers from the Dollar Tree Store to the Duff Goldman’s Jeepers Creepers Cookie Mix and Malt-O Meal Cereal to ‘Dress’ it up a bit.

I added Celebration by Sweet Works Sixlets Chocolate Candy to the
PVC 12-inch Clear Tubes and added ribbon and a Happy Halloween tag.

I added Wiggly Eyes to an EOS Lip Balm to make them look like little creatures.

This Spooky Monster Mint Free Printable is from The Idea Room! You add their printable onto an Ice Breakers mints can.

I hope Your Missionary has a Boo-tiful Halloween!!! 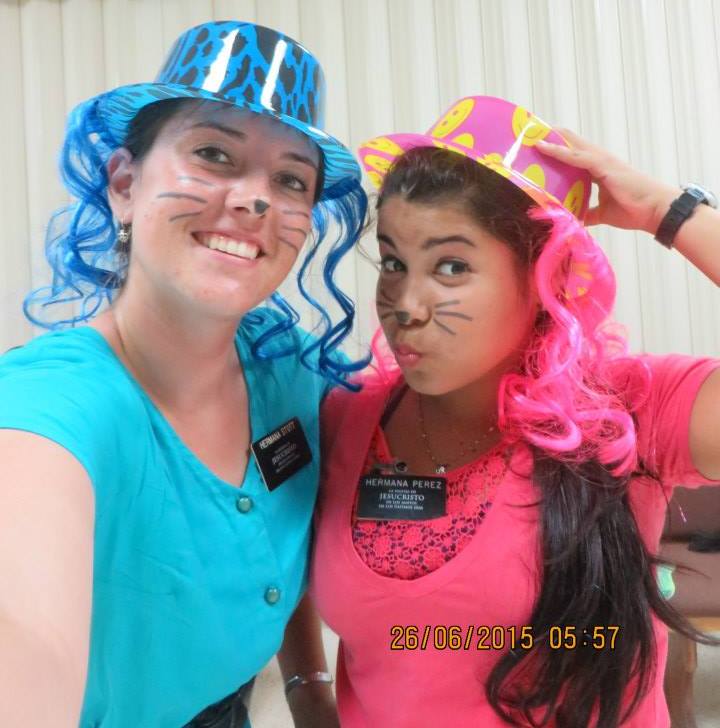 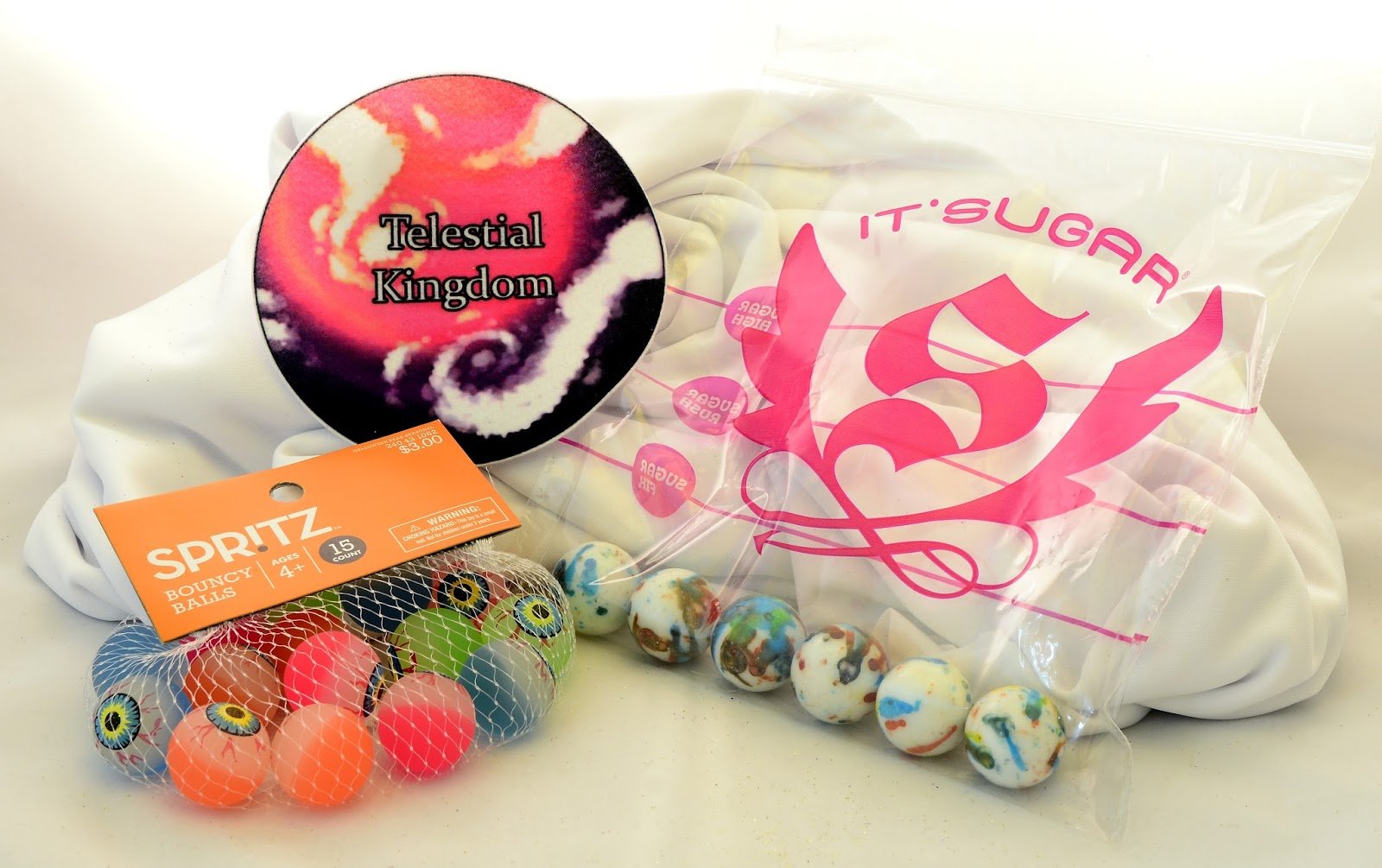 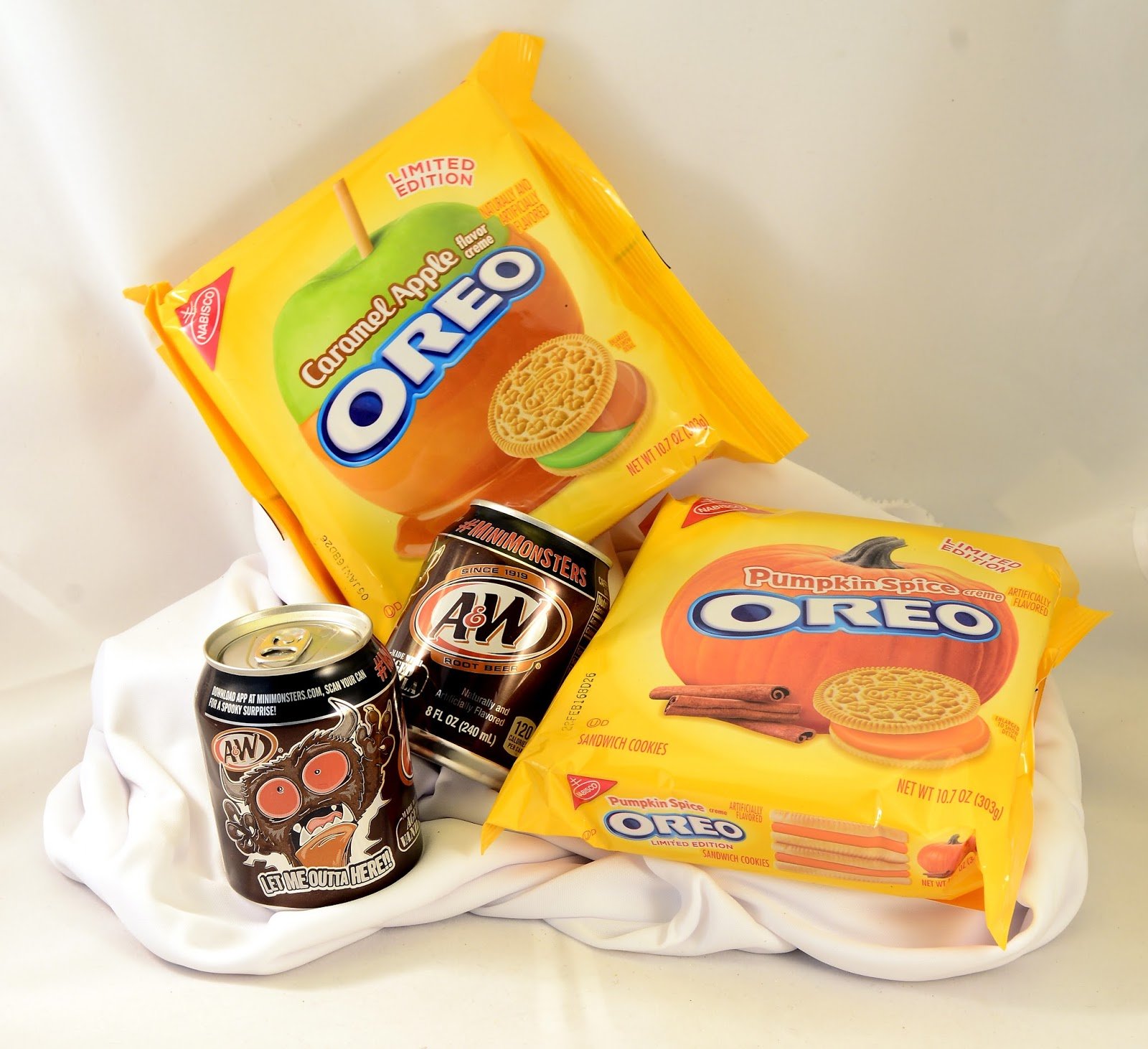